So you thought T-shirts came as the perfect casual attire for your sporting or relaxing moments when you could also flaunt an attitude?

The ubiquitous T-shirt has graduated itself into a high-profile launch-pad for business start-ups and marketing service outfits, to take-off into a whole new world of success and label fame!

It all started in 2011, with two Brown University, USA seniors, Walker Williams and Evan Stites-Clayton, who came up with the idea of pushing T-shirts through a website which they had developed to commemorate the closing down of their favourite haunt, the Providence Bar.

For them, a small step into a niche market revealed a big business opportunity as they realized that the work is actually more than just printing a good creative design and slogan on a knitted fabric garment product.

Focussing on T-Shirts as their only product idea for sale, the duo wanted to attract a platform for entrepreneurs and prove that apparel could be a great entry point.

Branding would get sufficient fillip through the medium of T-Shirts, and they looked forward to product promoters taking on their T-Shirt idea as a unique and effective marketing tool.

The dedication to promote the concept worked through its time, and the label  ‘Teespring’, became a smart place for everyone to get a good personalized T-shirt with a clever slogan and a beautiful logo put in place.

Today potential customers have to simply upload the design of their choice, add text or customize the slogan and take out their own brand of T-Shirts form this ‘marketplace’ for their own end-use.

What’s more, the designer or the person crafting the T-shirt decides his/her selling price and puts it up on the ‘market platform’ at Teespring. Once a minimum number of T-shirts receive the pre-order, the finished product is allowed to be promoted live and considered for mass production.

In other words, when the trendy apparel style and design crosses the minimum threshold mark, TeesSpring themselves will take up the sample and work with it through its $22-million manufacturing facility and will ship them out to the various customers who have booked the product.

The difference between the design costs and the sale proceeds is handed over to the designer-producer of the product.

What this amazing arrangement does to the seller is that he/she gets the opportunity to start up their own apparel firm without the hassles of inventory and manufacturing infrastructure. The ‘outsource-and-market’ model has met with good success amongst designer entrepreneurs.

To Williams and Clayton, the venture proves to be a great catalyst in small-scale business activity and also empowers someone with a creative idea that’s marketable.

If you thought this may be a nice market spiked with too much hassles and poor take-home for the efforts, the surprise news is that it has already become a $300-million merchandise-based enterprise since commencement and good ideas continue to see marketing success!

But on the flip side, there are some thorns in the flesh still.

Recently Teespring was caught unawares and its goodwill went crashing downhill in PR rating, after one of the ‘marketplace members’ came up with a product that was put up for sale with the slogan, ‘ Black Women are Trash’.

The outcry was huge and Teesprings took responsibility and apologized.

They announced the incident as a one-off error and confirmed that they have protection policies and production measures to stall such mishaps in the normal line of production and marketing.

All said, the site still holds immense potential for creative entrepreneurs to get started their own designer-apparel in this T-shirt format.

From here to where, Teespring? The owners are holding their cards close to their chests … and T-shirts!

Come summer and a new range of product ideas will hit the headlines, they say,

Until then, it’s like what one T-shirt slogan goes, ‘ Keep Calm and Carry On’ ! 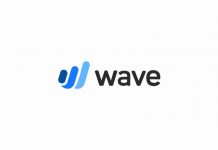