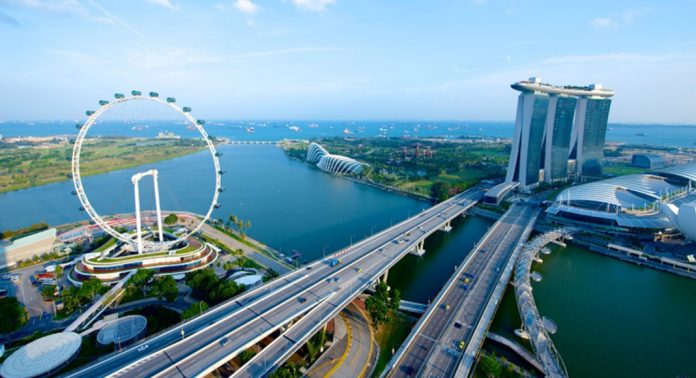 Interesting developments are in the offing for the marketplaces of Singapore, Malaysia, Thailand, Philippines and other areas in the Real-Time Payments (RTP) facility.

And it all starts with a Singapore-Malaysia case study.

Singapore, a tiny city-State with its 5.6 million residents is just a hop away from Malaysia, which holds a 32-million population. Yet, the digital payments infrastructure of the former is way, way ahead of the latter in development.

The average Singaporean consumer carries between 2-6 payment cards at any given time and contributes to the country’s RTP traffic at about 60% of the annual national spend, on an average.

A leading authority in the payment card industry in South East Asia observed that in Singapore, the population is so habituated to a culture of card payments across the POS network that it comes as a natural part of the people’s daily lives.

The Malaysian scenario is entirely different. Only a part of the consumer population are RTP savvy and use cards and not much penetration has been done for the POS network as well.

Quick on the move, the Malaysian government is putting in place an entirely new digital payments infrastructure, named ‘PayNet’.

PayNet, started as a Government-managed, data analysis service provider for small businesses, following the merger of MyClear and MEPS, the former a wholly owned subsidiary of the Malysian central bank and the latter, the Malaysian Electronic Payments System. In less than a year, PayNet has been readied to take over the faster payments digital system in the country.

According to reliable information, PayNet will succeed in building the RTP infrastructure and make it operational by the last quarter of 2018. Once completed, the organization will lay the digital standard for consumers to use mobile phones to pay at the POS outlets across the country.

Advanced digital media options including an in-country QR Code which will enable P2P payments, will also come into effect – post this transition, it is learnt.

The fact that Malaysian consumers are already familiar with mobile and online payment platform Alipay, to some extent, will help in the transition.

“Moving forward, any payments related transactions in Malaysia — whether that is paying for transport, government services, peer-to-peer payments or cash out online — e-Commerce will all use this system”, commented an industry spokesperson.

With the mobile population of Malaysia reaching 97% in penetration, PayNet stands as a grand opportunity to accelerate the services throughout the country and later, across the region.

Focussing on the region: Next

After completing its sway over Malaysia, PayNet will leverage ACI’s Worldwide’s Universal Payments platform to create its real-time payments infrastructure across other countries in the Far East region.

Says Leslie Choo, Asia Vice President and General Manager – Card Payments, ACI Worldwide, “Given the similar work ACI has unveiled in places like Singapore, Thailand and the Philippines, PayNet is also a chance for Malaysia to be part of an emerging Southeast Asian commerce ecosystem”.

“We will soon be able to cross-borders and link all these national systems together to form a bigger, interoperable ecosystem,” he added.

The movers and shakers behind the project admit that massive work will be involved to achieve the ambitious targets, but once there, PayNet would emerge one of the most powerful digital payments ecosystems in the world – with a footprint over 600 million active users in the South East Asian region.

All of them connected and made ready for a seamless, cross-border, e-commerce experience like never before in the past or present.

Apple teams up with Goldman Sachs to launch credit card