“Look ma, our own look-alike!”

That sure must have been the exclamation coming from every Rabobank staffer, who witnessed the unveiling of  its own scaled-down 3-D model, created to display the entire networking of the bank’s upcoming IT infrastructure.

A unique experiment and an industry-first initiative to make all members of the organization understand and be motivated towards the bank’s digital transformation program, the model visibly sent across the message of change, improvements and the need for total participation.

As a co-operative bank operating locally and regionally, the Dutch bank runs a complex network of independent IT platforms, often performing the same functions depending on local practices.

Excited about the innovative presentation, Anne-Marie Breuker, Rabobank Business Architect, said, “We do many of the same things in different ways, which makes it complex. Rabobank is also becoming more global, and customers find that they are served differently in Singapore than in Utrecht. We want to change that.”

Breuker and her team spent three months gathering the data to build the physical model.

“We wanted to create something that would have a wow-factor within the bank,” she says. “It had to appeal to the entire organisation, from the Board of Directors to the workplace. Preferably visually, and permanently. So, we came up with the idea for this model.”

Plans are also afoot to take the physical construction and map it in a virtual reality program using Micorosft Holelens, she adds.

This is the first time an organisation has invested in visualising its own IT landscape in this way, says Hans Tesselaar, BIAN executive director.

“Everyone who sees the model immediately recognises a lot of things. It provides great insight in the problems and issues of IT, in a way that a Board of Directors can also see that IT-related problems cannot be resolved in a day or so.”

Tesselaar believes other banks within the network can learn a lot from Rabo’s initiative.

“Everyone who sees it wants a copy to show to their boss,” he says. “It has a wow-factor, it literally allows you to look into the future.” 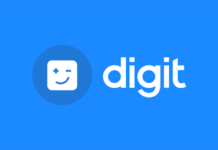 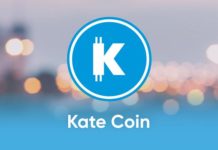